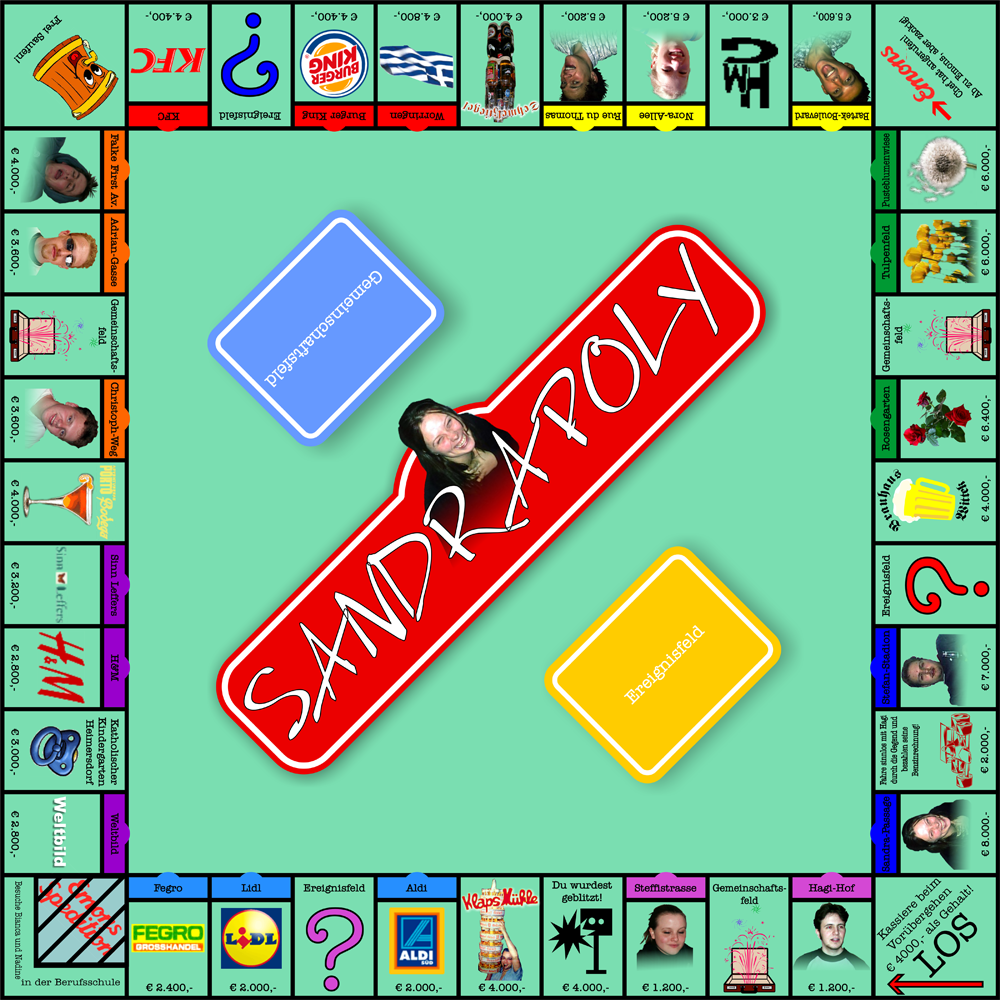 This is a "fake" Monopoly game which we gave to a friend as a birthday present.

There's actually a little story behind this idea: The year before we gave her the board game Settlers of Catan which pretty much everybody likes. Unfortunately she hates it, what we didn't know beforehand.

Instead of buying her a Catan extension set (and getting killed) we decided to give her a game that she actually likes: Monopoly. As there have been probably more copies of Monopoly sold than there are people on the world (I don't own one, though, I hate it) we created a personalized version of it. It contains people, places and events of her life. Even the cards are all written from scratch.

Looks pretty cool and is good fun as well.