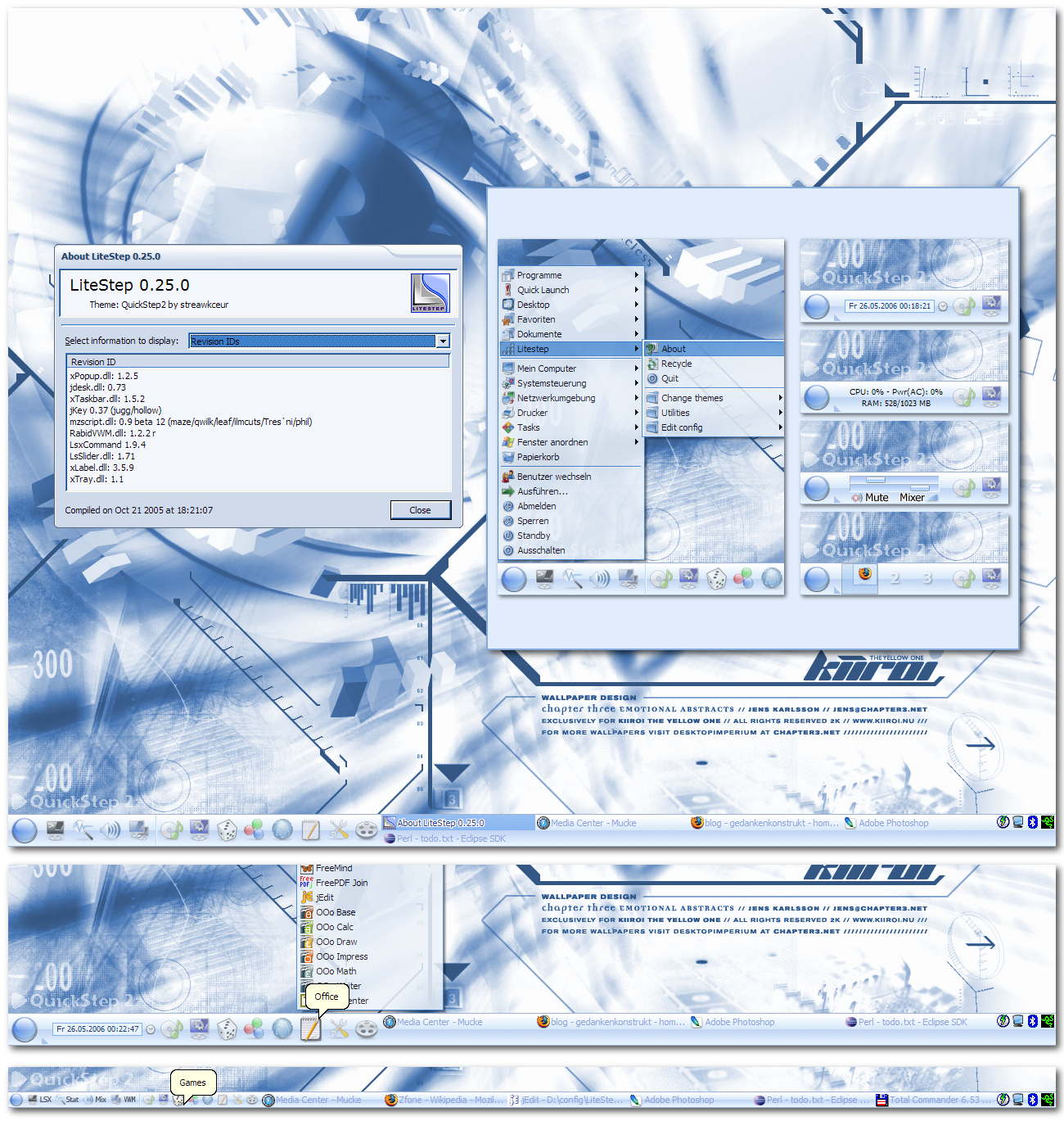 Before I switched to a Mac I used LiteStep as as shell replacement for Windows XP. It replaces the taskbar, start menu etc.

LiteStep can be configured into every little detail and is highly adaptable to your personal need.

There are numerous themes out there for LiteStep and I created one myself: QuickStep2 (yes, it's my second one, the first version isn't worth mentioning, though).

This theme has the usual elements like a start menu, taskbar and systray. It also comes with a built-in command line, some statistics, volume control a VWM and a quicklaunch bar.

The main focus while developing this theme was on maximizing your productivity while using it. For example you can launch every application with at most two clicks, the most important ones with only one click. It's not an unusable eye-candy theme of which there are a lot out there.

It's also easy to create your own skins for it.